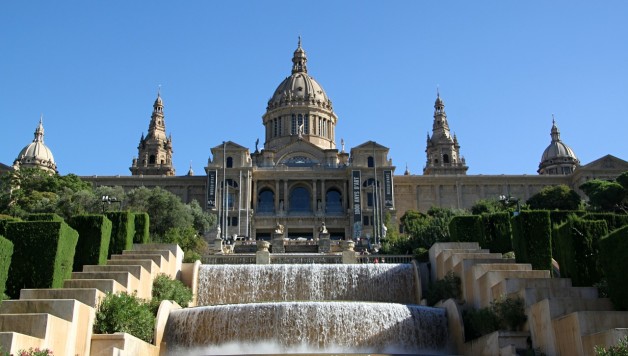 Paris, located in the Isle de France, is the largest and most populous city in France and one of the most visited cities in Europe. Major attractions in Paris, once the stronghold of French Kings and now the capital of the French Republic, include the Medieval Gothic Notre-Dame Cathedral or “Our Lady of Paris”, the Triumphal Arch known as the Arc de Triomphe and the Eiffel Tower which has become symbolic of the capital as well as France itself. The Louvre museum and art gallery, located in a former palace, contains Leonardo da Vinci’s famous masterpiece the Mona Lisa.   My personal favorite gallery is the Musee D’Orsay which houses fantastic paintings and sculptures. I also enjoyed my visit to the Rodin Museum (but I hear this is closed for renovations until November 2015).

Barcelona, in north-eastern Spain on the Mediterranean coast, is the capital of Catalonia and one of Europe’s finest cities. Legend states that the city was founded either by Hercules or by the Carthaginian general Hamilcar Barca, who is thought to have given his name to the settlement. The Gothic Quarter, designated a UNESCO World Heritage Site, dates from the Medieval era and contains the city’s cathedral as well as traces of earlier Roman architecture. The most popular tourist attraction in Barcelona is Antoni Gaudi’s polarizing Sagrada Familia Basilica but his other works
(especially the Casa Mila, Casa Batllo and the Park Guell) are also well worth seeing. In the summer months Barcelona’s two miles of pristine golden-sand beaches attract sun and sea worshippers by the thousands.

Venice, built in a lagoon of the Aegean Sea on artificial islands, is one of Europe’s most beautiful, unique and romantic cities. Whereas most cities have roads and cars, this north Italian city has canals and boats, in particular the famed gondolas that are propelled with punts by gondoliers. Venice, capital of Veneto Region in the Italian Republic, was once the nerve-centre of a powerful maritime Empire. The Doge’s Palace, built in the fourteenth century, was once home to the leader of the Venetian Republic and, now a national museum, remains one of the city’s most important landmarks.

The sprawling conurbation that is Greater London, consisting of the City of London and 32 London boroughs, is the most populous metropolitan area in Britain and the capital of the United Kingdom. Founded by the Romans nearly 2,000 years ago, the city’s location on the banks of the Thames has long made it a hub of trade and today it is one of the world’s major financial centres. Buckingham Palace, the Tower of London and the London Eye are among the capital’s leading attractions. Many of London’s museums, including the famous National History Museum, are free to visit.
I loved the free highlights tours given by the knowledgeable docents at the National Gallery on Trafalgar Square.

Berlin, capital of Germany, is a major cultural, economic and population centre within Europe and has risen in the world since the city’s reunification at the end of the Cold War. Significant landmarks within Berlin include the eighteenth-century, neo-classical Brandenburg Gate, the Neo-Baroque Reichstag Building built in the 1890s, the late-Medieval Berlin Cathedral and the Charlottenburg Palace which is a former royal residence. Those planning on hiring a car and driving through Europe should purchase car excess insurance to cover themselves if anything goes wrong.

This post was written in association with Direct Car Excess Insurance.