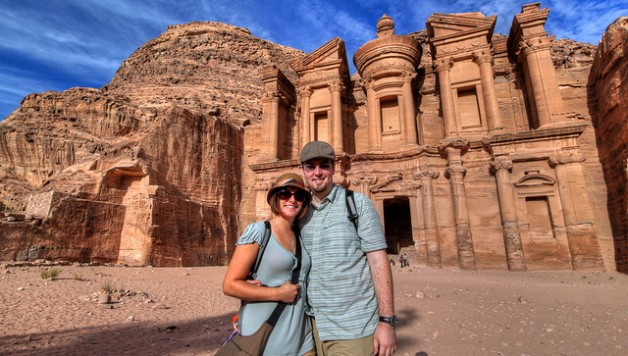 My ex-boyfriend and I actually split up on holiday. It wasn’t pleasant, halfway through a two weeks’ break in Tenerife and I was crying on the balcony and calling him every name under the very hot sun. Three days later and we were back together, but the point is the same – spending an extreme amount of time together, with no break to yourself, is a recipe for a lover’s tiff, or even the end of a relationship.

Thankfully there are a few things you can do to at least throw in a bit of damage limitation, and cut out the potential for a bad situation turning into something catastrophic.

Without wanting to be sexist, us girls, we know that when a guy does something wrong, it’s because he’s a guy and isn’t thinking. Yes, we can blame him, because it’s a girl’s prerogative, and it is often their fault. Having said that, knowing where the fault lies doesn’t really stop it happening, does it?

When the paella turns sour, what can you do to help yourself?

I tend to rage and rant, and at the time it might feel good, but it also has a habit of making things worse. When I’m mad, I say things I don’t mean, and some things I do mean but that should never have come out of my mouth. Sound familiar? If you have a bust up with your man, go back to your room, lock the door, sit on the balcony and breathe. Rage a little to yourself if you must, or scream a bit, but don’t talk about it until you have calmed down.

Whilst you might be desperate for a cocktail to take the edge off your frustration, you’re only going to go back to the room and start the fight all over again, usually about something completely different, and making matters totally worse. If you need a drink, just have one, and don’t be tempted to get totally of your head to numb the stress – it doesn’t work!

3)     Whilst you’re not drinking, accept the fact that he probably is

It’s a man thing generally, isn’t it? Have a fight, go down to the pub, having a few reflective beers, talk with the guys, and then come back, ruffle your hair and pretend nothing happened. It’s frustrating, I know, but you have to accept that this is simply his way. Accept the hair ruffling if you really don’t want to talk about it anymore, and you’re happy to forget it, for the sake of your holiday at least.

It all depends on the size of the argument as to what you might do, but if it’s a big one, don’t be tempted to get on the first flight home and away from the source of your anger, as this will only make a bad situation worse. Try and talk about it, figure it out, and then if things are truly difficult, reassess the situation.

5)     Call home for a different perspective

Fights on holiday often come from spending too much time together when you normally wouldn’t, so for a more even perspective, talk to a girlfriend back home. This also works in having a bit of a bitch and moan about it, which is often all we need to settle a situation, get it off our chests, and move the heck on.

Photo used with permission from To Uncertainty and Beyond.